IESE Business School invites you to experience the case method and learn about our Executive MBA program in an Online Open Session.

Some Alumni from the program will join us too and will talk about their experience in the program, how the EMBA helped them to boost their careers and how they think it will help them to face this situation.

It will be a great opportunity to learn more about the program and live the IESE experience.

Join us on Thursday 22nd of June, at 06.15pm and see for yourself what a day in the EMBA is like!

The Case Method, what would you do?

In 1963 the Harvard-IESE Committee was launched with professors from both Business Schools. Harvard and IESE share the same training methodology: The Case Method. Unlike the traditional teacher-focused teaching methods, at IESE the class is based around the students and their ideas. The professor acts as a facilitator and guides the class discussion, asking questions and encouraging participation from all students to enrich the discussion with their distinct perspectives, experiences and cultural backgrounds.

Experience first-hand the teaching method pioneered by Harvard and used by IESE. Where students, with their unique perspectives, experiences and cultural backgrounds, contribute to the conversation and learn from each other, led by one of our well-known professors. No need to do lots of preparation for the discussion in advance. Just look over the case that we’ll send you beforehand.

Ponente Eduard Calvo
Associate Professor in the Department of Production, Technology and Operations Management at IESE Business School, where he teaches in MBA, Executive Education and Custom programs. He holds an M.Sc. and a Ph.D. in telecommunications engineering from the Universitat Politècnica de Catalunya (UPC), Spain. He has held several research posts at the Massachusetts Institute of Technology (MIT). In 2005, he was the recipient of the "Salvà i Campillo" award to the Best Young Engineer by the Association of Electrical Engineers of Catalonia. In 2014, he was named among the World's Top 40 Business School professors under the age of 40. His research is focused in network optimization, operational risk management and operational complexity, and has been published in top academic journals such as Management Science, IEEE Transactions on Signal Processing and IEEE Transactions on Communications. He is the academic director of the Industrial Excellence Award in Spain, a competition that benchmarks European competitiveness in the industrial and service sectors, and of IESE's Initiative for the Excellence in Operations. Thanks to this, he has evaluated the operations strategy of a number of industrial firms accounting for over 1.5% of Spain's GDP. He has over 5 years of strategy and operations consulting experience in Europe and Latam, where he has been active in telco, IT, financial services, retail, pharma and industrial equipment. 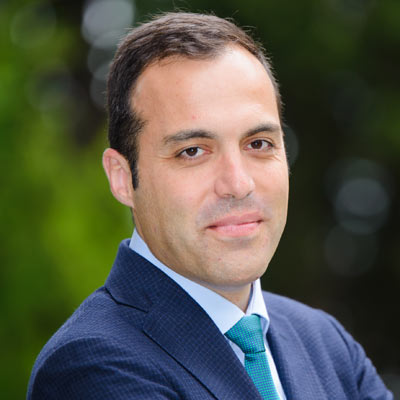 3 Reasons Why the Executive MBA Can Change Your Career Forever
# 1
Management Vision Discover how your decisions reverberate across different functional areas. Take a comprehensive view of leadership.
# 2
Expert Decision-Making Analyze more than 400 real-life cases. Gain the experience you need to face critical situations with con􀆭idence
# 3
Team Management Increase your ability to listen and understand different viewpoints and include them in your 􀆭inal decisions.